Dave Miller began playing music in 1963 at age 13 when his mother bought him a five-string banjo for Christmas the year his father passed away. Dave would tune it up and play along with the country and bluegrass stars who performed on the Saturday afternoon TV music shows. He sometimes jokes that it was the great Earl Scruggs himself who taught him to play the banjo—Dave sitting on his sofa in Little Rock, Arkansas, Earl in the television studio in Nashville. Dave formed his first band, The 49ers, shortly thereafter in 1964 at the age of 14.

Eventually, Dave and some of his friends formed a bluegrass trio that performed in folk and country venues in Little Rock, and subsequently moved to Santa Fe, New Mexico, in 1976. The influences of Western Swing music, the high-flying swing dance crowds, and the great bands of the area that packed the dance floors left a lasting impression on him and his music. By 1977, keeping their homespun bluegrass and mountain roots, but adding swing, country rock, and western flavored ballads to their sound, the band was working a jam-packed touring schedule and gaining the reputation for playing one of the most musically diverse, tightly crafted, danceable, and raucous shows in the area.

The band had been renamed “Gumbo” reflecting the spicy mixture of so many types of music and instrumental combinations that they had come to offer. Gumbo was a busy and popular circuit band in Colorado, New Mexico, Texas, and Arkansas, but played venues from coast to coast – Myrtle Beach, South Carolina, to Fort Nelson, British Columbia, and all points in between – drawing big, enthusiastic crowds wherever they performed. They began to play college concert shows, festivals, and showcases as headliners and as the opening act for such performers as Brenda Lee, Jerry Jeff Walker, and Michael Martin Murphey.

In late 1978, Dave and the band moved their base of operations to Alamosa, Colorado, and became a foundational force in the vibrant Southwest Americana music scene that is still alive today creating, performing, and recording a unique brand of music in Colorado and Northern New Mexico. It was in that fertile environment that Dave began writing original songs influenced by such greats as Levon Helm, Merle Haggard, Delbert McClinton, Guy Clark, Billy Joe Shaver, John Hartford, Bill Monroe and John Prine and also where he met Don Richmond, a fellow touring band leader, writer, and performer who is now the Owner of and Producer for Howlin’ Dog Studios, where Dave has recorded much of his original music.

In 1989, Dave took a long break from the road, concentrating on family life, and enjoying a successful career designing and developing medical products as a Biomedical Engineer. Upon retirement, he returned to his roots: performing, writing songs, and of recording his original music.

In collaboration with his Gumbo bandmate Pat Hooper, Dave independently released his first studio album, entitled Just Flow: The Tribute Sessions. They began working with Engineer Davis McCain at the renown Memphis Easley-McCain Studios when tragically, on April 2, 2014, Pat passed away. Encouraged by their many musician friends – Gumbo bandmates, players who had traveled the same circuits, and Pat’s friends, Dave completed the recording for the album at Howlin’ Dog Studios and released it in late November 2016. Don Richmond, and Davis McCain engineered Just Flow and Don Richmond and Dave Miller both produced the album. The album has the feel of a group of long-time friends in a living room playing together, as they have many times before, and creating a special gift for the fortunate listeners.

Subsequently, in December 2017, Dave Miller released an album of 12 of his original songs, titled Southern Dreams, which was also recorded at Howlin’ Dog Studios. Another independent release, Southern Dreams was recorded and engineered by Don Richmond at Howlin’ Dog Studios in Alamosa, Colorado. The album was produced by both Don Richmond and Dave Miller. It is a humorous, warm, touching, and poignant collection of songs that paint a heartfelt picture of simple country joy and the richness of everyday life.

In October 2019, Dave Miller released another album featuring 12 of his original songs, titled Beauty Path. His first release to appear on the Howlin’ Dog Records label, Beauty Path was recorded and engineered by Don Richmond at Howlin’ Dog Studios in Alamosa, Colorado. The album was produced by both Don Richmond and Dave Miller. It is a journey down the path of life in search of beauty and joy with a sense of growth, change, wit, mystery and magic.

The brand-new release on Howlin’ Dog Records, Prayers in the Wind takes listeners on a journey to meet the salty characters from Dave’s past and makes sure that some of the unsung heroes fighting the battles of everyday life are unsung no more. His songs find awe in sweeping vistas of natural splendor and soften with loving humor the battle of trying to age gracefully. They glimpse the bittersweet parting of lifelong lovers and give us much needed inspiration in stirring anthems of gratitude and hope.

Nowadays, although he is based in Memphis, Tennessee—the town where he has resided since 1989, you can catch Dave Miller playing in venues all over the Mid-South. 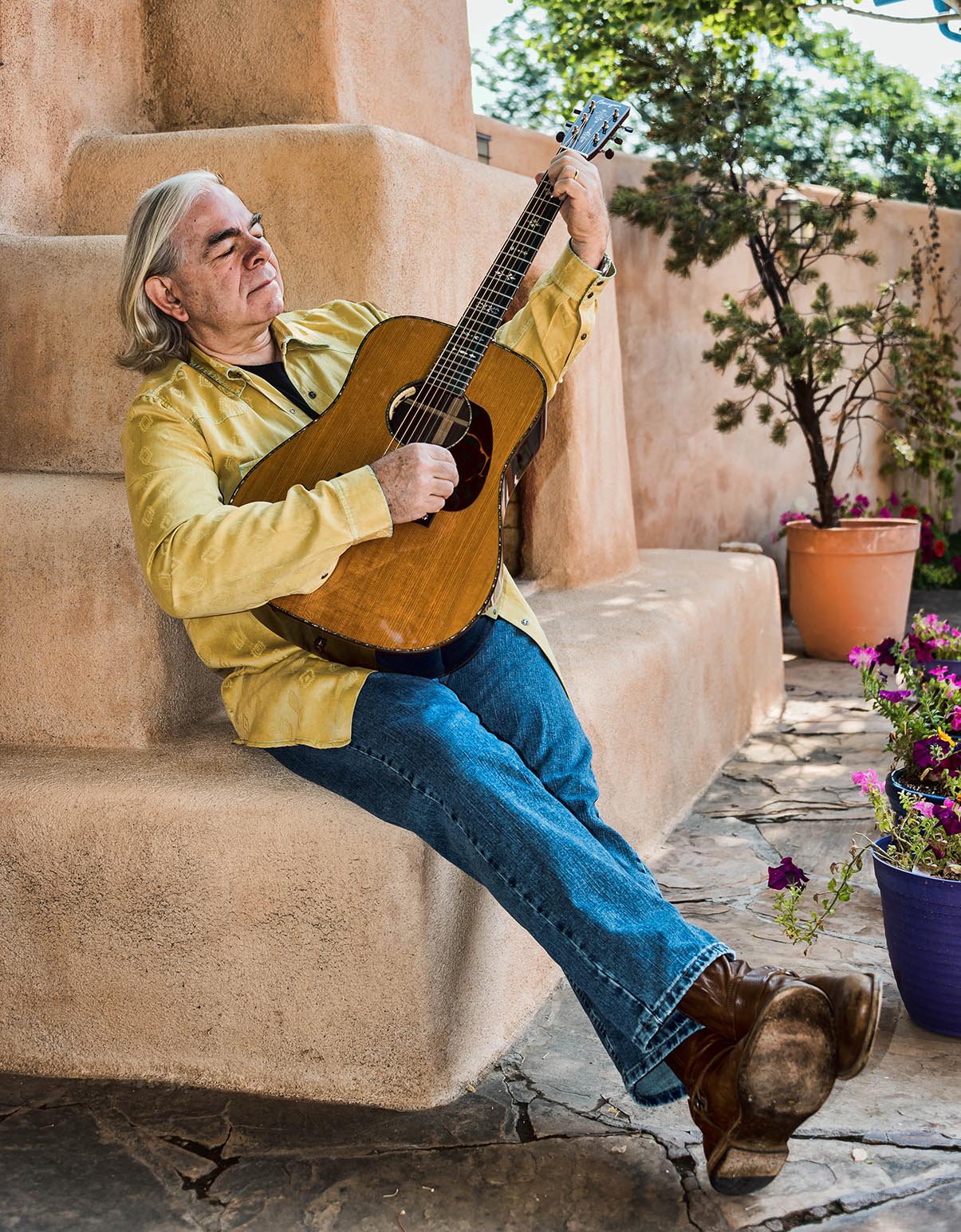